Fortnite Chapter 2 – Season 6 is almost here. With approximately a week left for the current season to end, fans are already excited about what the next season has in store.

Data miners have already been leaking small details about the upcoming Fortnite season, and Chapter 2 – Season 6 is due for some exciting items that will make the gameplay a tad bit easier than it already is.

From the Upgrade Garage to the Revive Grenade, along with the possible DC collaboration, a lot of interesting content is scheduled for Fortnite Chapter 2 – Season 6.

The Revive Grenades in Fortnite do precisely what their name suggests. When thrown at a downed squadmate, the grenade revives them almost instantaneously. It will prove to be very handy in intense team fight situations.

Reviving someone takes about 10 seconds in the game, and the player involved in reviving needs to be near to be able to revive teammates. The player being restored and the one reviving cant shoot either, so they’re literally sitting ducks for a short time, but that span is enough to take both players out.

With the Revive Grenade, players can throw it at a squadmate and focus on the fight without having to put themselves in the line of danger. This grenade was available in the Bodyguards LTM, and according to the YouTube channel Home of Games, it will be in the regular Battle Royale mode for Fortnite Chapter 2 – Season 6.

Upgrade Garage and the DC collaboration in Fortnite 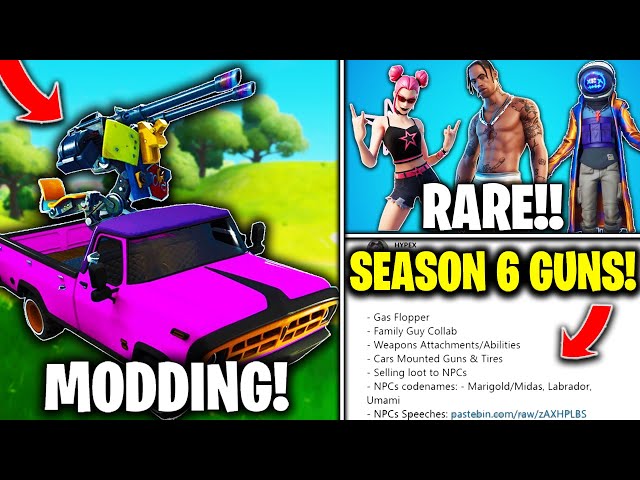 The Upgrade Garage is a new feature that will be seen in Fortnite. As the name suggests, it will allow people to upgrade their cars in-game itself.

This feature will finally allow players to come up with some really interesting customizations for the vehicles they wish to use.

Fortnite Chapter 2 – Season 6 also has a new starter pack known as the Centurion Starter Pack. The interesting part about it is that the Centurion skin’s description reads as “leader of the Hazard Platoon.”

Although this can’t be considered concrete evidence, it could indicate that a significant DC collaboration may be on the cards in Fortnite Chapter 2 – Season 6.