Fortnite Chapter 2 Season 4 is finally here, adding several Marvel characters and skins to the game. Teased in comics prior to the launch of Season 4, Thor is the headlining hero for the season. You get the God of Thunder by purchasing the Battle Pass, but he’s missing his signature hammer. After reaching level 8 in the Season 4 Battle Pass, you’ll unlock the Mjolnir Awakening challenge that asks you to prove your worth by picking up Mjolnir as Thor. Mjolnir landed on the battle royale island just before the start of the season, and it’s still in the same place. Here’s where to find Mjolnir in Fortnite.

Where to Find Mjolnir in Fortnite

Mjolnir is located just outside of Salty Springs. There’s a giant crater to the southwest of the town and Thor’s hammer can be found in the center. You can actually spot this crater on the map if you look close enough. All you have to do to unlock Mjolnir is interact with it to pick it up while wearing the Thor skin. After doing so, you will equip the hammer for the rest of the match and unlock it permanently. You’ll be able to find it with the rest of your harvesting tools in your inventory. 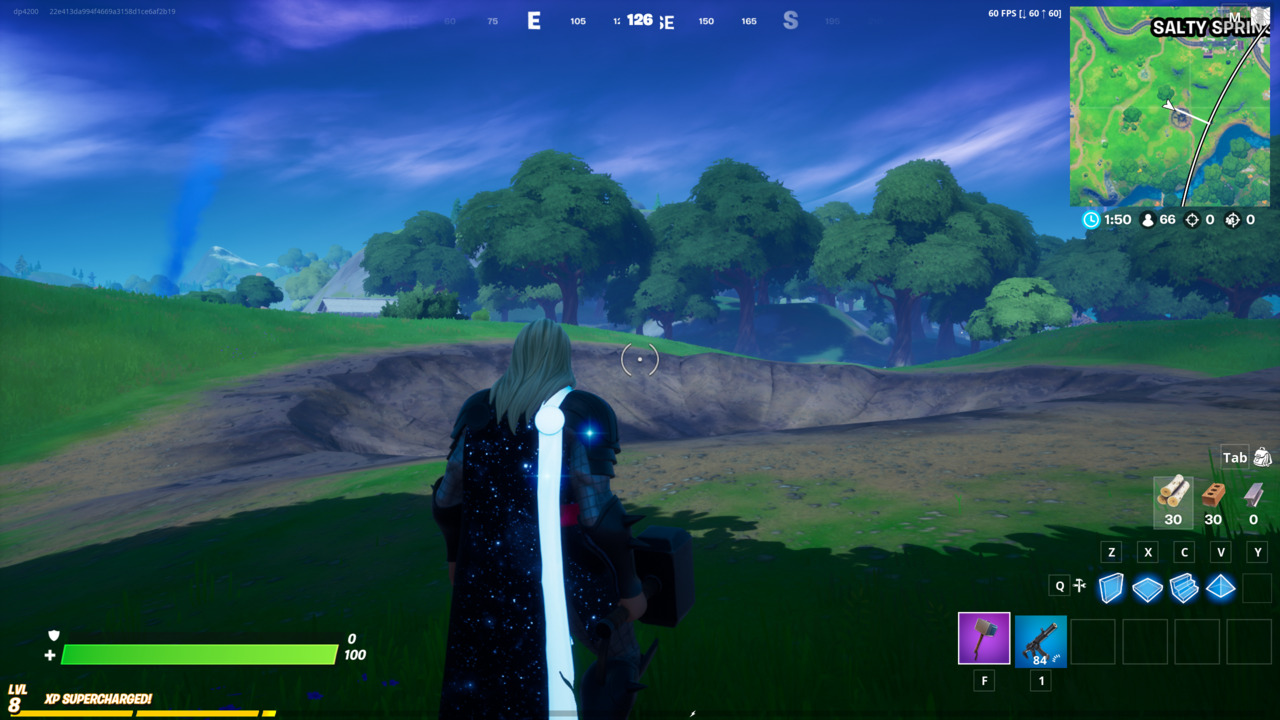 The hammer won’t actually appear until you reach Level 8 in the Battle Pass, so you can’t get Mjolnir right off the bat. You also have to have the Thor outfit equipped in order to be able to interact with it. It makes sense considering Thor is the only one deemed worthy to wield the hammer. There are many more challenges like this one in Fortnite Season 4, unlocking new cosmetic items for Marvel heroes like Iron Man and She-Hulk. Wolverine won’t be coming to the game until later, but you can get a headstart on the Wolverine challenges today to be ready when he’s released.

‘Fortnite’ Needs To Make Some Big Changes For Season 12