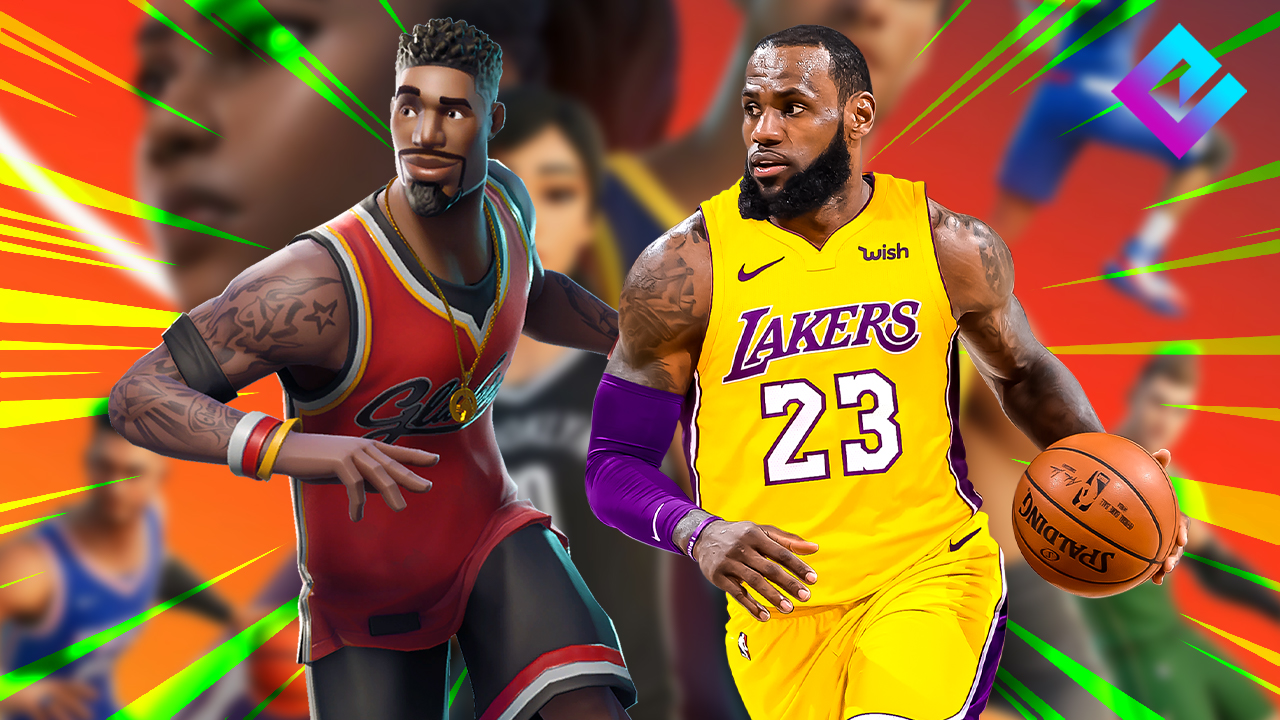 A leak has reportedly revealed what the next Fortnite Icon Series skin is going to be. According to some data miners, it looks like the next major crossover skin for a real-life celebrity will be none other than the Fortnite LeBron James skin, complete with its mini-event of some sort.

Coming from the renowned and usually trustworthy Fortnite leakers of HYPEX and ShiinaBR alike, likely, the next major sports star to join the battle royale game is going to be basketball player LeBron James. This crossover makes a lot of sense, and there is a decent amount of evidence to support this claim.

Over the 4th of July weekend, ShiinaBR was the one who first uncovered this possible new Icon Series skin, revealing in a simple tweet that the Fortnite LeBron James skin will be the next one in the series. That was all that the data miner shared in the initial announcement of this leak.

However, this was soon followed up by HYPEX, who shared the original tweet from ShiinaBR and added some extra details about what is known about the leaked Fortnite LeBron James skin at this time. According to HYPEX, there is going to be more to this skin than meets the eye.

For one, the Fortnite LeBron James skin will arrive in the game with reportedly more content than just the usual collaboration items that you would get in an event like this, and it will all result in something similar to a mini limited-time event of sorts to celebrate King James.

According to the battle royale leaker, players will get the Fortnite LeBron James skin through the Icon Series and more rewards from the special King’s Bling event. This event will come with some special quests that players will complete to earn even more rewards and items.

Beyond that, there is even a strangely named “goldness slider” that you can unlock during the special set of missions. Each of the quests that you do in the King’s Bling set will make the items that you earn become more gold in color as you do each of them.

The goldness slider will likely allow you to slide through the various versions of gold and other colors that you have unlocked through the event for your Fortnite LeBron James-themed items. This is there so that you will be able to use whichever version of gold that you preferred and keep it that way for matches to come.

This all sets up the event to be a rather intriguing one that is unlike any of the other Icon Series releases in Fortnite to date. We imagine that the Fortnite LeBron James skin will still only be available in the item shop since he is not the “secret” battle pass skin this season, so be sure to keep an eye for it there if you are interested in all of this.

As for the likelihood of the Fortnite LeBron James skin leak being true, we think that it is quite likely at this time. The timing of the entire leak is on point, as we have the upcoming release of the Space Jam: A New Legacy movie that will happen in just over a week from the time of writing this.

The long-awaited basketball movie mashup of animated characters and real-life superstars finally has its sequel, with LeBron James being the main basketball player this time around. With so much focus on him right now, it seems like the perfect time to release his skin in Fortnite battle royale.

Furthermore, there is also the fact that Epic Games is now on a sports trip right now with the collaboration skins with real-life pro players, like when we had the Neymar Jr. skin in Season 6. While James is not likely to be the extra battle pass skin this season, he will still be a major part of the current Season 7 with this King’s Bling event.

As for when we will see the actual announcement and subsequent release of the Fortnite LeBron James skin, that is something that we will have to wait and see about for now. But given that the new Space Jam movie is scheduled to come out on Friday, July 16, we imagine that it will be between now and then.

More than likely, we will get the announcement early next week or late this week, with the actual release date in the item shop scheduled for the same day as the release of the movie or perhaps the day before it. This is a great way to connect the movie and Fortnite to promote both of them simultaneously.

We could even see a special Space Jam skin style option for the Fortnite LeBron James skin if they want to promote the film in the battle royale game. You can already see the special Looney Tunes-themed basketball jersey in the trailers and posters for the film that LeBron James will be wearing in the movie.

We would not be surprised if the LeBron James skin comes with the standard Los Angeles Lakers jersey that he normally wears on the court plus the special Space Jam outfit, too, in another version. But, for now, stay tuned for this leaked skin’s formal announcement soon.