While Esports big hitters such as League of Legends and FIFA have each offered charity drive events to keep their top players busy during the Coronavirus crisis, Fortnite makers Epic Games had been pretty quiet in the past month. 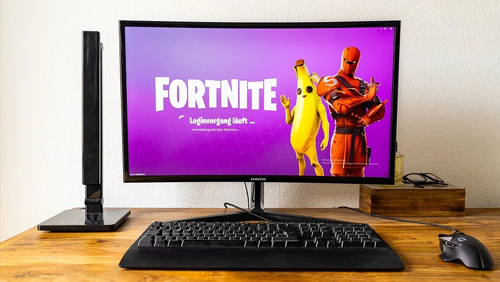 That was until the following statement confirmed that Chapter 2’s second season would run a little longer than its original end date.

“We’re extending Chapter 2 – Season 2 of Fortnite beyond the original April 30 date. Our plan is to launch Chapter 2 – Season 3 on June 4. Before then, there’s lots of content coming in the current Season. We have multiple game updates on the way that will deliver fresh gameplay, new Challenges, bonus XP, and a couple more surprises up our sleeve! See you on the Island!”

On the back of that decision to extend the season, Fortnite have announced a $2 million tournament series that is sure to prick up the ears of even the most casual combatant on the famous Battle Royale island.

The Fortnite Champion Series Invitational will award over £1.62 million in prize money, featuring up to 600 players in each region as Epic Games invites up to 500 players from each of the seven regions in the game to play. Those regions are:

While 400 of the players in each region will qualify due to their prior performances in Fortnite Champion Series events, there will be another 100 players invited by way of an Epic Games ‘Wild Card’ system, which is wholly at their discretion.

That still leaves 100 players to qualify, and that’s where the best news of all comes in. Fortnite will be holding open qualifiers for each region, with 100 in each territory making it through to the series finals.

The Fortnite Champion Series Invitational will be an event where you can only play in ‘Solo’ Battle Royale version, so there’s no getting carried by other players – it’s down to you and you alone. Some of the best players in the world will be taking part and competition is bound to be fierce, but with $2m in the kitty, would you expect it to be any different?

It had been relatively quiet in the Fortnite universe over the past few weeks, but even in the last eight months, very little has taken place on a live scale. The Fortnite World Cup last July was extremely entertaining, but since then Epic Games have preferred to fund a series of smaller online events rather than put on a big display of their Esports might. That will change with the Fortnite Champion Series taking place and add to the already-massive amount of $85 million that Fortnite have awarded in competitions to date.

That puts Fortnite third behind Dota2 and CS:GO only in terms of prize money awarded. With no specific date on the horizon yet, it’s only the early hype – and final Midas challenges that Fortnite players have to go on. For now that’ll have to do, but anyone with hopes of winning the Fortnite Champion Series when it does roll around will want to get their kill-count up and batting average on the rise as the competition is bound to be extremely fierce once the buses fill up and players start flinging themselves out of the bus to fight to the death on the Island.

We can’t wait to see who prevails, and as soon as there are some confirmed players involved, we’re sure that the Esports betting markets will open up too.