Fortnite is famous for leaking a lot of stuff on social media beforehand. This time one of the latest Fortnite leaks unveiled an Iron Man-themed Whiplash car which will be coming soon. The speedometer reads 120 as its top speed.

Also read | Fortnite Season 4 Mythic Weapons: Where To Find All The Weapons?

Season 4 marked the entry point for many of Marvel’s major heroes and villains as they entered this Fortnite Battle Royale island. A lot of skins along with weapons were released for these characters and now they’re even getting their own cars which might be designed according to their characters.

As of now, Iron Man received a new Whiplash car of his own with an insane speed stat of 120. 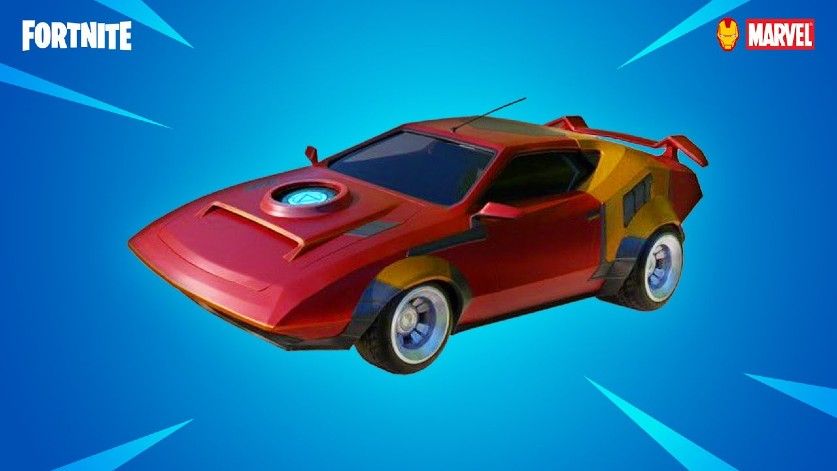 SexyNutella, a data miner leaked this Iron Man-themed Whiplash car and these will be available all around the map.

This Iron Man Whiplash car will be a lot faster than the normal ones. The normal Whiplash has a top speed of 90, whereas the max speed of this Iron Man version is 120. The looks don’t differ too much from the normal cars as of now but it did receive some modifications in the form of a glowing reactor and a Mark 51 license plate.

As the players reach level 100, they can unlock access to challenges for exclusive rewards. Each one of these are known as the awakening challenges which give access to the character’s suit. All these come with the Battle Pass’s special stages.

For the Iron man suit, players will have to drive a whiplash car and make it go to a speed of 88km/h. Once you complete this, it awards you with conversion to Iron Man.

It’s not hard to spot the normal whiplash car to finish this Iron man awakening challenge. Mostly available in cities like Lazy Lake, Holly Hedges etc. After finding the car, just drive it on a plain road and boost the car and you can easily complete the challenge.

Also read | Fortnite Mjolnir Challenge: How To Pick Up Mjolnir In Fortnite Season 4