However, a recent glitch in Fortnite has completely removed the Inflate-A-Bull’s weakness and renders wearers invisible. The balancing mechanics of this item is that it’s easy to spot and destroy, but this glitch skyrockets its use and value for players who can utilize it while it lasts. 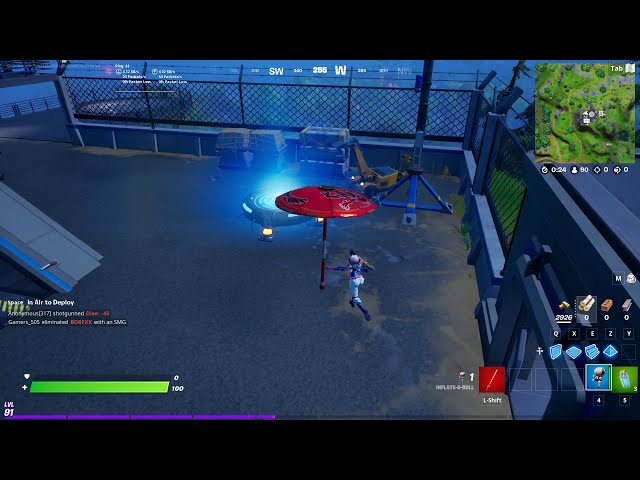 With the Inflate-A-Bull equipped, open the Rift for 245 Gold Bars and double jump immediately after it opens. Players who successfully perform this action will become completely invisible and undetectable by players other than by in-game sounds.

Return to Rick after dropping with a temporary invisibility perk. A Fortnite Inflate-A-Bull cow should be rolling on the ground near him. Enter the cow to receive a god-like status where players cannot harm the suit in any way, protecting the wearer from all damage.

It’s unclear if this can be unequipped at any point, but players with this activated may not be able to dish out any damage themselves. Regardless, this could be an exploitative method to reach the last handful of players in the game or even to a victory.

This glitch relates similarly to the Alien Knockgun Launcher glitch, where players can access the weapon and jetpack seen inside the Mothership mini-game. Epic Games is famous for patching Fortnite glitches in a hurry, so be sure to explore this bug while it lasts.