It might be hard to tell where Fortnite is going to go from here with future crossovers, but they definitely aren’t done with them in Season 5.

We’re closing in on two months into the season now and we’ve already seen numerous characters from various universes show up in the game, so fans are going through several different theories about who could be next.

Before Sarah Connor was added with the T-800 Terminator, many people believed that Lara Croft was going to be added into the game. Now that we know that wasn’t the case, we now have to shift gears. Who knows, maybe Tomb Raider could still show up.

As it turns out, we still have a decent idea of what’s coming in the future thanks to content creators of all people.

*NEW* TERMINATOR ARRIVES in Fortnite! (NEW SKINS, CHALLENGES + MORE)Fortnite Terminator Skin Secrets, New Challenges + MORE! 👕 Ali-A Merch – http://Ali-A.shop Hit 👍 LIKE and ✅ Subscribe – Thank you! Hey there – I’m Ali-A! Thanks for watching one of my videos! 🙂 I make daily gaming videos and have a load of fun doing it. Make sure you’re checking out more of…2021-01-21T19:31:00Z

Beginning around the 5:35 mark in Ali-A’s January 21 video, you can see a list of characters that were being rounded up by Jonesy, with all of the characters who are already in the game being crossed off.

He notes that hand wraps, scratcher, space bananas, ant farm, candy, rations, tokens and baseball bat remain as teasers. Ali-A attempts to fill in the blanks by saying Master Chief is what the space bananas teaser could mean, but obviously it’s tough to tell if he’s right or not.

In the video, he speculates the hand wraps could potentially mean a boxer, such as Rocky Balboa, which wouldn’t even be all that weird considering what we’ve seen already this season. 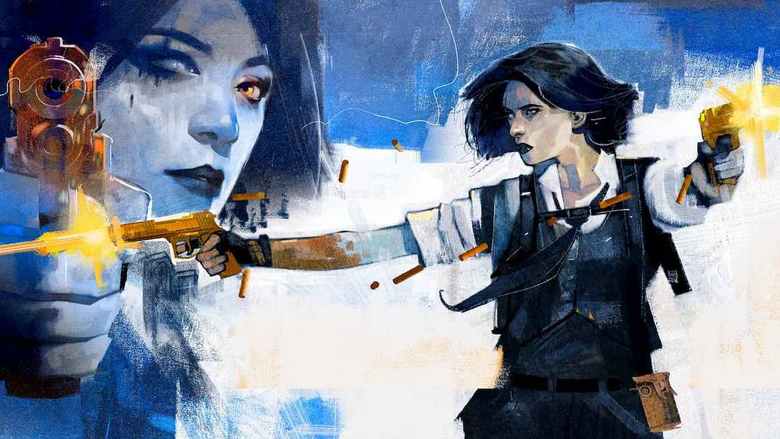 There are still skins we’ve seen in loading screens we’re still waiting on, like the female Midas skin as an example.

With us coming up on the 2-month mark of Season 5, we still have lots of time left to get more skins, whether that’s part of the Fortnite Crew subscription or through the Item Shop.

We know that every player out there has their own wish list of who they’d like to see, and with the way this season is playing out, it doesn’t appear like anybody is really off the table.

It’ll definitely be fun to speculate about who the next crossover skin will be.