‘Fortnite’ and ‘Alien’ Crossover: How to Get Riley and Xenomorph to the List of Characters 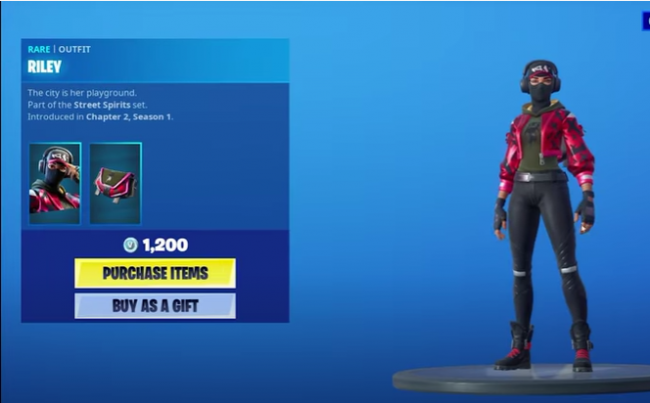 The fifth season of “Fortnite” is undoubtedly a fan favorite, and its fourth season even served as an ad for Marvel. The theme of hunters coming together from different pop culture trends to battle has resulted in some of the greatest crossovers of franchises in the gaming universe.

The latest major “Fortnite” skins are Alien’s Ripley and Xenomorph. The infamous alien, Xenomorph, and the alien hunter Ripley are the latest skin that players can purchase in “Fortnite’s” item shop, this is after the “Predator” characters were revealed. It is joined by the likeness of Sigourney Weaver’s character.

According to Epic Games, there is also back bling in the form of a facehugger, the organism that impregnates people with aliens so they can multiply.

Also Read: ‘Fortnite’ V-Bucks Card: How to Get Free via Microsoft Rewards!

How to get the Fortnite Xenomorph and Ripley skin

There are two bundles that are available in the shop, but you can purchase them an al carte. Xenomorph and Ripley bundle gets you both skins, the Jonesy and facehugger back blings, and an emote for the alien skin will cost you around 2,200 V-bucks.

You can also get the Space Gear bundle that includes the Power Loader pickaxe, the dropship glider, and the llama chestburster emote. It is called “Burst Case Scenario,” and the bundle will cost you around 1,500 V-bucks.

What is Fortnite about?

“Fortnite” is an online video game that was developed and distributed by Epic Games. The game was released in 2017, and it is available in three-game mode versions that share the same game engine and gameplay.

The first is “Fortnite: Save the World” which is a cooperative hybrid-tower survival game that up to four players can play to fight off creatures and defend objects using traps and fortifications.

The second one is “Fortnite: Battle Royale,” which is a battle royale type of game that is free to play and can accommodate up to 100 players. It is a process of elimination, and the last person standing is declared the winner.

The third one is “Fornite: Creative,” in which the players are given complete freedom to design and make their own worlds and their own battle arenas, according to Digital Trends.

“Fortnite” was deemed as a massive success when it came up, raking up to 125 million players and earning hundreds of millions of dollars every month. The video game immediately became a phenomenon.

Due to its popularity, “Fortnite” released outfits, also called as skins, a type of cosmetic item players that characters can use. This allows characters to change their appearance so they do not benefit from the game, although some of the outfits can be used so characters can blend in the environment.

Related Article: ‘Fortnite’ The Flash Skin, Cup Date: How to Get New Item, Everything You Need to Know!