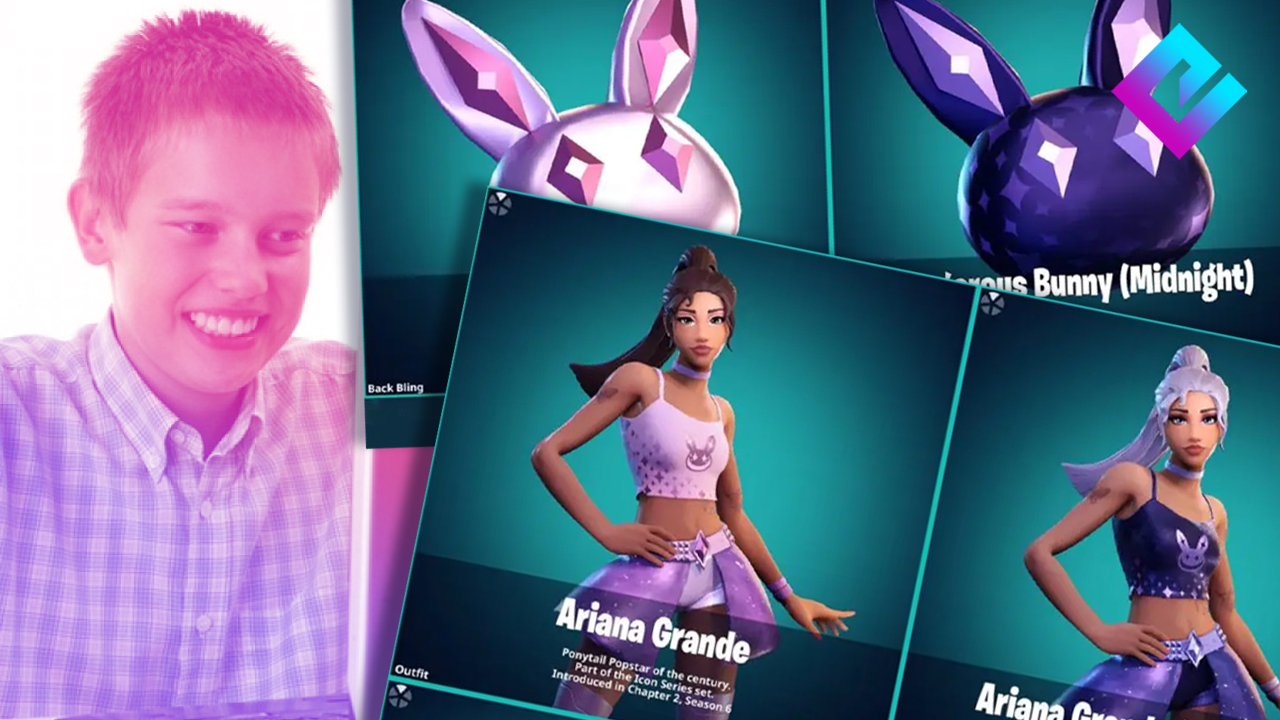 Epic Games has partnered with many real-life celebrities, fictional IPs, movies, directors, and so much more over the years that Fortnite battle royale has been around. But to this day, we still don’t have one of the biggest collaborations possible: some Fortnite Ariana Grande skins.

Many players in the battle royale community have been clamoring for this, as fans of both Fortnite and Ariana Grande’s music come out with. To make matters worse, an epic April Fool’s Day joke revolved around the possibility of some Fortnite Ariana Grande skins.

As you know, April Fool’s Day is April 1, and that is when a lot of corporations and people will make some (sometimes poor) jokes about things that will never actually happen. One such situation is what happened with some of the biggest Fortnite leakers in the industry today.

One of them, HYPEX, is likely a name that you know quite well if you read some of the leaks that we cover on here. Most of the time, they are a reputable source on the various content, changes, and additions that are going to happen for Fortnite battle royale in the future.

However, this most recent “leak” is not one that you should believe anytime soon. On April 1, in the midst of all of the jokes that people were coming up with, many prominent Fortnite data miners came up with a pretty brilliant but deeply saddening joke to present.

At around the same time on social media, several Fortnite leakers posted about the same new skins that were supposedly coming to the game soon: some Fortnite Ariana Grande skins. It was presented in such a reputable way that we would have believed it if it had been any other day.

HYPEX, for instance, acted like it was any other leak on Twitter, noting that these are the new skins that they were able to locate within the data files for the battle royale title. As usual, the data miner had some skin images in action to back up this particular claim.

It didn’t help that other respectable leakers on social media were then posting about the same skin, so it made all the more believable that all of them would have discovered it. But in the end, it was all a joke on April Fool’s Day. The Fortnite Ariana Grande skin isn’t real at all, with HYPEX deleting the tweets in the process.

Instead, they are mockup fan arts of what an actual skin in the game could look like for the mega-popular pop star. But they are fine ones, indeed, giving us a pretty solid and believable idea of what developer Epic Games might do if she was added to the game in the future.

It was focused on a proposed Fortnite Ariana Grande set that included two skins and two back blings. One skin had two different styles, which carried over to the special back bling. The basic Ariana Grande skin is decently relative to her.

While the face, makeup, and outfit are a bit off, the ponytail that she wears sometimes is spot on. But the skin only gets better when you add in the skin style that you could get with this fake skin set known as the Midnight version.

This one changes the outfit colors to a rich purple, galaxy-like style that is wonderful and makes her hair color a light purple color that is brilliant. This particular skin looks like one of the best ones that we have seen for the game ever, so, unfortunately, it is fake.

Then there is the cleverly named Dangerous Bunny back bling item that you could supposedly get in this fake Fortnite Ariana Grande set, a bunny head item that is sparkly and shiny. The normal version of this bunny is a light purple and pink, while the Midnight one matches the equally amazing Midnight skin style.

All in all, the Fortnite Ariana Grande set is believable enough to fool us if this was any other day for them to post it on. Given how Epic Games has handled the skins for other icons as part of the Fortnite Icon Series, it is likely that a real Ariana Grande skin would look something like this.

Epic has always made sure not to copy the celebrity or content creator exactly how they look unless it is for some event, like in Travis Scott. Skins for people like Ninja and others are inspired by the person and bears some striking resemblances, but with Epic’s flair thrown in.

For now, though, we will have to wait and hope that there are some real Fortnite Ariana Grande skins in the future for the battle royale game. It is one of the biggest games on the planet currently, with crossovers with celebrities like Travis Scott and JJ Abrams already, and possibly also The Rock.

Ariana Grande can get involved with the game as well, but that will likely get some major fanfare beforehand when and if it happens. For now, players will need to wait patiently for word of this massively popular singer to come to Fortnite battle royale someday, perhaps with a concert of her own in-game.

Fortnite Fortography contest urges players to get close to dinosaurs