Fortnite Data miners recently revealed that loopers could expect an Ariana Grande Fortnite skin to be in the game soon.

Epic is currently engaged in a lawsuit against Apple. The ongoing trial has leaked a considerable amount of documents to the public. Documents have revealed the collaborations Fortnite was expected to have during the second half of 2020.

The leaks also revealed that Fortnite was expected to have Ariana Grande and Lady Gaga in 2020. However, because of some circumstances, these events did not take place at the time.

This article will focus on when Ariana Grande will come to the game.

The recent lawsuit between Epic and Apple has leaked a significant amount of data related to the game. Data miners utilized this opportunity to leak to the public the possible collaborations that were scheduled for Fortnite.

Fortnite has always collaborated with popular culture icons. Loopers get the opportunity to buy exclusive cosmetics and other items from the Item Shop.

Travis Scott’s Astroworld concert turned out to be a massive hit among fans. It’s why the developers had planned to bring Ariana Grande to the game. Players could’ve enjoyed another in-game concert and got the Ariana Grande Fortnite skin from the Item Shop.

Data miners have revealed that an Ariana Grande concert and the Ariana Grande Fortnite skin were scheduled for the latter part of 2020.

Leaks also pointed out that Neymar Jr. was scheduled for September 2020. However, the Brazilian soccer star made his appearance much later in Season 6 following the v16.30 update. This proves that the collaboration projects of Fortnite have been delayed.

Loopers are optimistic that the inclusion of Ariana Grande has been delayed as well, and it’ll be available in the coming months, most probably after Season 7 rolls out in June.

Loopers are confident that they will get the Ariana Grande Fortnite skin from the Item Shop, and there will be a special Ariana Grande concert as well. 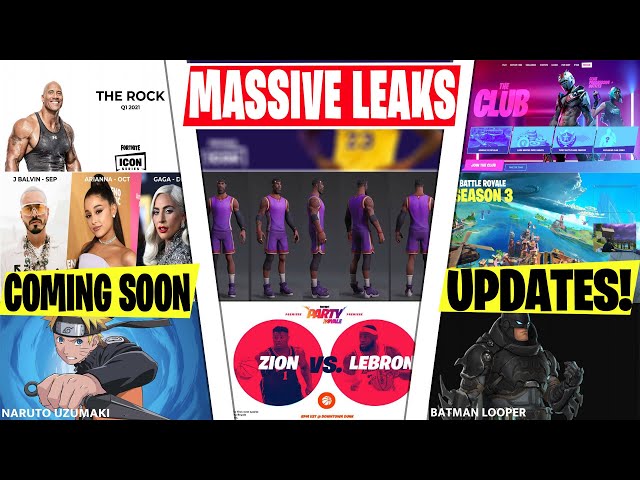 Fortnite has remained silent on the entire issue. The inclusion of these popular icons has not yet been confirmed.

Fans will have to wait patiently for any kind of confirmation or leaks that will reveal the expected dates for these events.

10 Battle Royale Games To Play Instead Of Fortnite