Every shotgun from best to worst in Season 7

Shotguns are the go-to weapon for Fortnite players aiming to one-tap close range enemies in Season 7. Depending on the player’s gameplay style, different shotgun types may be better than others in certain situations.

Due to Fortnite Season 7’s major changes to the map, meta, and weapon pool, the shotgun list may have changed also, rearranging the order of the best ones. The tactical shotgun will always be a fan favorite as well as a high quality pump shotgun. 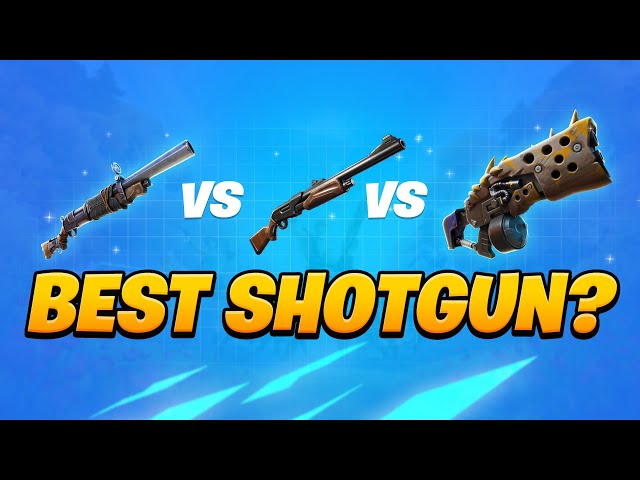 Here’s a quick list of Fortnite’s shotguns from best to worst.

This weapon has been unvaulted for players to walk around blasting enemies with. It has a relatively low rate of fire but dishes a whopping 100 damage if aimed correctly, making it capable of one-tapping other players.

It received a damage boost from Season 6, and the higher rarity pump shotguns deal even more damage. It’s a reliable shotgun through and through in most close-quarter situations and packs a wall of lead with every shot.

The tact will always be a Fortnite fan favorite and is picked up by nearly every player. Those who weild it don’t need to be all that accurate since it has a high rate of fire and decent damage.

It has one of the highest DPS in the game at short range, but it’ll take multiple shots. Regardless, The tactical barely comes second to the pump shotgun as the best one of its class in Season 7.

This gun was unvaulted for Fortnite’s Season 7 but wanes in comparison to the first three on the list. The lever action shotgun has a medium magazine size, slow fire rate, and average damage.

It’s DPS ranges from 89 to 108 respectively to the lowest and highest rarities, but there’s a long time in between shots. Players need to crank the shotgun before firing the next round and it is loaded one shell at a time.