Not every Fortnite Icon Series lights the world on fire with excitement, but there are definitely some sleepers hits in there.

Whether it’s a song from Dua Lipa or Bruno Mars, there’s usually some sort of Icon Series emote out there that appeals to somebody.

On May 20, Epic Games Chief Creative Officer Donald Mustard sent out a seemingly innocent tweet, but leave it to the Fortnite community to dive in and and read between the lines.

Anytime Mustard tweets, large swaths of the community believe there’s something more than what meets the eye, and that might actually be the case here.

His most recent tweet are lyrics from an extremely popular song from the mid-2000s, which might indicate it’s coming to the game as an emote soon.

They See Me Rollin

They see me rollin’…

His May 20 tweet simply says “They see me rollin’…,” which could mean a lot of different things depending on how old you are.

Many players would instantly see this as a reference to Chamillionaire’s 2005 hit song “Ridin’” and this could potentially mean it’ll show up as an Icon Series emote soon.

Almost everyone would agree that this was his biggest song ever released and he’s been relatively quiet in the years since.

For that reason, it does seem a bit strange that this would potentially become an emote, so there is a big reason to do a double take and think about how odd that would be.

This is an extremely popular song and has become a staple of internet culture, so it does have that working in its favor as an Icon Series emote.

Of course, this tweet could end up being completely innocent, which is important to remember. However, it could also mean a different thing entirely other than an emote.

What Else Rolls in Fortnite? 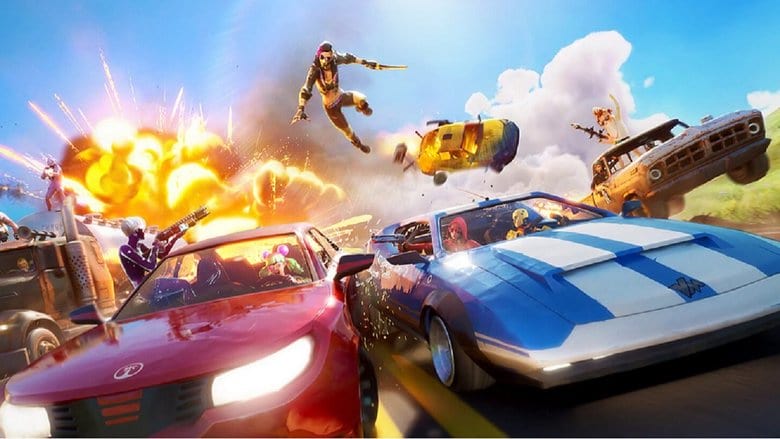 There is one other vehicle that was known for its rolling back in the day and it’s the Baller. For a time, this vehicle was the meta in competitive playlists because of its ability to freely rotate without taking damage, but that also made things very stale.

People were able to just camp in boxes with the Baller and quickly get out of danger easily. Many players would agree that as they were was just too strong, but Epic could definitely make some tweaks.

We’re just spitballing at this point and it seems unlikely the Ballers would ever make a comeback given that there are different vehicles in Fortnite now.

With boats and cars, there’s really no reason to introduce Ballers back into the mix, but we’re sure Epic could find one if they really wanted to.

The end of the season is coming quite soon, it’s in just a matter of weeks, so the time for a major change is soon.

We’ll almost certainly be getting more map changes with the new season too. We don’t get many changes to the map these days, so it’ll be cool to have somewhere new to explore at the start of Season 7.

READ NEXT: Fortnite Crew Bonus Might Reveal Next Exclusive Skin

Fortnite Season 5 FNCS Finals on March 14: How to watch in Party Royale