Becoming a professional player in any game, let alone Fortnite, is no walk in the park. Years of dedication and hard work are required to conjure up an opportunity to be signed by a major gaming organization. 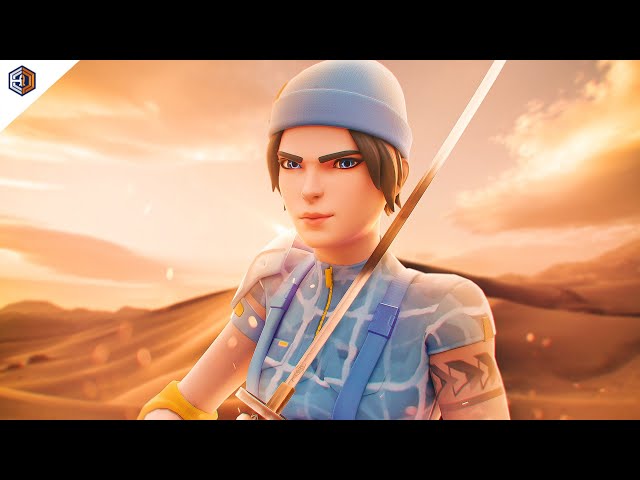 Numerous aspirants try their luck at becoming a pro in Fortnite, but only the best make it to the top. Like fire refining gold, the competitive pressure in esports molds these young talents into icons of tomorrow.

18-year-old Dylan “Splasheyy” Power has faced various trials and tribulations over the course of his career so far. Regardless, he has jumped over all the hurdles spectacularly to establish himself as one of the rising talents in the competitive Fortnite community. 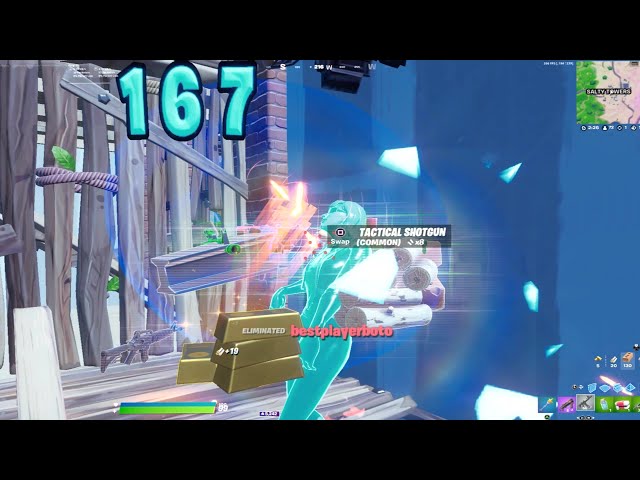 Splasheyy is a home-grown Fortnite talent, straight from the Enterprise Gaming academy. His skill and determination are only rivaled by his tenacity to win every game.

In an exclusive conversation with Sportskeeda Esports’ Dipanjan Dey, the future king of the EU server opened up about his plans as a full-time competitive Fortnite player and his eagerness to establish his brand online.

Based out of Houston, Texas, Enterprise Gaming is a professional esports organization founded by Robert Maxwell in April 2020. Enterprise is the product of his vision to establish a platform of like-minded individuals who come together online to play video-games in both competitive and social capacities.

Splasheyy joined EP in 2020 and rose through the ranks with his extraordinary performance. There is no one better when it comes to box-fighting and quick reactions.

According to Sebastian (Nextle) from Enterprise Gaming, Splasheyy will be with the organization for a minimum of six months. After this, his contract might be extended depending on his performance.

Here is an excerpt of the conversation with Splasheyy. 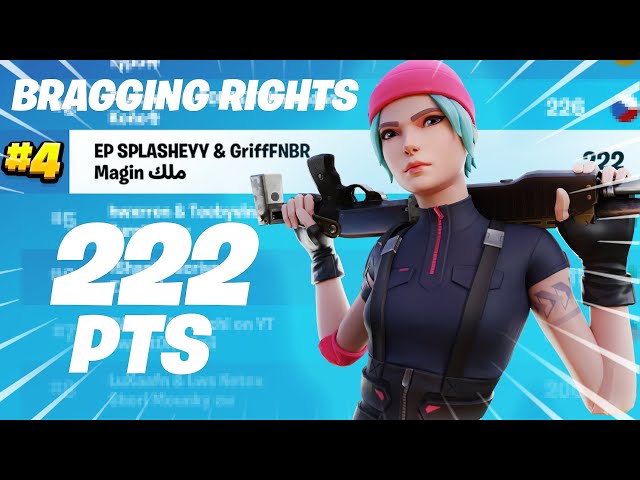 Q1) First and foremost, congratulations on making it to the pro roster. Give us an origin story? Tell our readers a bit about yourself and the journey that led you to the path of becoming a Fortnite streamer/content creator?

Splasheyy: It started off with me playing when Fortnite first came out in 2017. I used to play with my school friends for fun and then the world cup came around.

During the world cup, I managed to make $800 and upgraded my set up. However, I still didn’t have enough money to purchase a new PC so I asked my mum to borrow $1700 and promised I would make it back.

A week or two later I placed in a solo cash cup earning $1500 which nearly made my money back so I knew I had potential also while playing Fortnite. I had a part-time job as a lifeguard and also played semi-professional football beforehand but stopped due to a back injury.

Later on, that year I started college in around 2018 September doing a 2 Year course I also started training in the gym, so my schedule was pretty hectic I would work on Monday, go to college on Tuesday, Wednesday, Thursday, then back to work Friday and manage to balance Fortnite too.

Ever since then I’ve been grinding trying to develop myself as a player and a person also focusing on constantly uploading on my social media which has led to me gaining over 110,000 followers across my social media platforms and growing rapidly every single day.

It was in early October that I realized my potential came into a reality when I made over $20,000 in just under 4 weeks competing in the Fortnite Champion Ship Series.

I first joined Enterprise gaming as an academy player and since then it has been my goal to transfer to the PRO team and now I’ve signed a contract under EP as a Professional Fortnite player.

I also stream on Twitch daily averaging 150-200 viewers, I’m currently waiting for my partnership with Twitch as it is my second time applying. 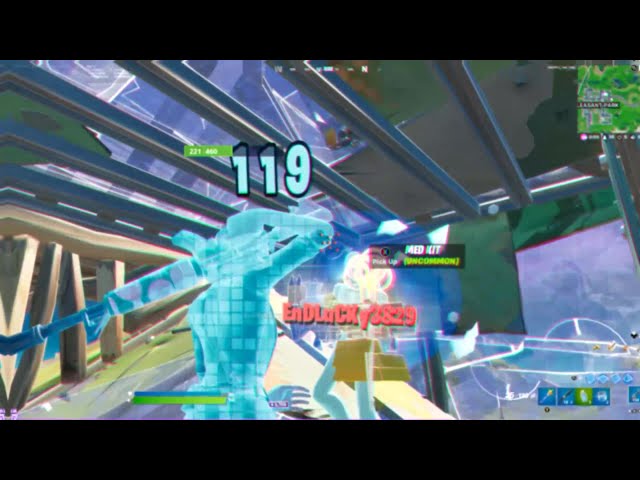 Q2) FNCS is right around the corner, what is your approach this time around? Also, do you think that this season’s FNCS will change a lot of features in Fortnite?

Splasheyy: Definitely looking forward to this season. I’m playing with MAGIN and GriffFNBR, were landing Stealthy Stronghold so we are feeling confident.

I think this FNCS will be a lot different compared to the last as there is nowhere near as much mobility like shockwaves, crashpads, etc. This season is more about being smart with your rotations and early/midgame rotations.

Q3) Going up against stalwarts like BenjyFishy, Mongraal, Tayson, Mitro – what goes through your mind when you see them across the field? Are you inspired to be like them, or do you want to eliminate them and build your legacy?

Splasheyy: Honestly, I am not fazed by other pros in-game, they are just like a normal player to me. I’ll fight anyone and everyone, and do what is necessary to secure the victory.

Q4) Your best competitive performance so far was coming second in FNCS. How do you plan to emulate that result with a whole new squad?

Splasheyy: We have been practicing our drop spot and we have got ourselves a game plan for surge etc. We just need to make sure what we have done in customs and implement it into our real game plan in the upcoming FNCS. As long as we play consistently and get to heats we have a very good chance at getting to the Grand Final since that is where all the money is at.

Q5) Besides your competitive endeavors, what are your plans for streaming on Twitch?

Splasheyy: My plans for streaming so far are to just keep grinding every day and to expand into a wider audience. Also, for after Fortnite, I will still be able to make a living through streaming no matter what game I play.

Q6) As a professional Fortnite player, what are your thoughts about the current season? Most importantly, what changes would you want in the competitive section for future FNCS?

Splasheyy: I kind of enjoy this season but I miss last season, especially because of the Pump Shotgun.

I would feel so confident in my aim when going into boxes that I would just 200 pump them. However, I’m not going to complain I just got to adapt to the current Meta and season and just improve.

Q7) How would you address the perpetual KBM vs Controller debate in Fortnite? Does it affect your strategy knowing that other platforms have an advantage?

Splasheyy: KBM will always be more superior to the controller. However, I’m known as a mechanical controller player so I feel like I can compete with KBM. The more op thing that they have is scroll wheel reset and recently a keyboard called “wooting” came out that allows KBM players to have controller movement which leaves controller players at a disadvantage.

Q8)What would you say is the most important factor one has to consider to become a Fortnite pro? Any secret tips for youngsters who aspire to become pros like you?

Splasheyy: If you want to become a professional player my biggest tip would be to keep grinding no matter what and to also practice the right things like scrims, arena, etc. Also, it is very important to produce Fortnite content on Youtube, Twitch, Instagram, etc to grow your brand.

Q9) What are the goals you want to achieve while being a part of EP? Do you see yourself becoming a pillar of the Fortnite EU community in the future?

Splasheyy: As of now I just want to keep doing what I’m doing which is growing my brand and socials and hopefully perform again this FNCS. In the future, I want to be one of the best controller players in Europe, and I don’t intend to take a moment’s respite until I succeed.

Q10) Is there anything you would like to say to your Fortnite fans and the next generation of esports talents?

Splasheyy: I would like to thank all my fans who have supported me from the beginning until now and everyone else who recently started supporting me. Honestly, this wouldn’t be possible if it wasn’t for you guys, and if your an upcoming player who wants to pursue gaming as a career my advice to you is to not give up and just keep grinding and also try and be unique.

Will Sports Betting in the USA Push eSports into the Mainstream?