The latest batch of Fortnite leaks gave a shocking first glance at Epic Games’ newest creation, with hints towards a unique aspect of the game. Via Twitter, several data miners have uncovered the Electricity Element that’s been in the works for a while, and it will change the game after its release.

Additionally, the Batman/Fortnite comic writer confirmed that the series would live on despite not telling the story through the comics. Instead, Fortnite leakers suspect that Animated Shorts will take their place to continue the chain.

Seems like Epic are/were working on an Electricity Element in the game, just like fire and how it burns ONLY wood, grass & hay and its contained in fire files. This Electricity Element is set to ONLY affect Metal objects/builds, I’ll let you know if I find anything else about it!

Animated Shorts in Fortnite give players a fun break from the action, as they can learn about the game’s lore and future events. Furthermore, the Batman crossover and comics will likely be the next set of Shorts from Epic Games and DC. 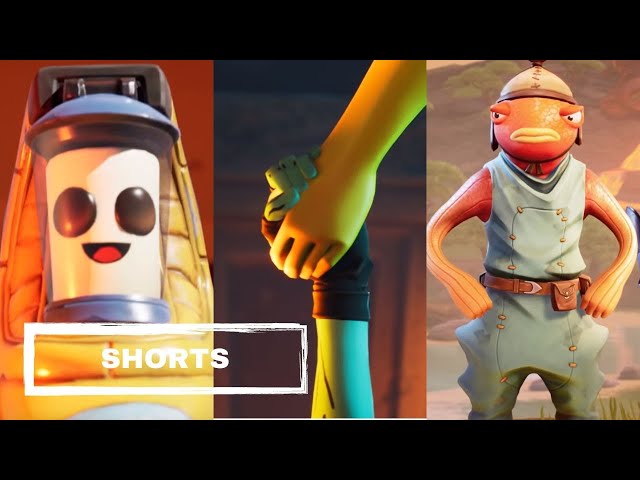 Several Animated Shorts for Fortnite saw highly positive feedback with their silly comedic focus and connection to their characters.

Seeing Batman in motion in another series of videos for Fortnite could heighten the popularity surrounding it, as well as showcase other characters that the game might not yet have. Some fans were disappointed when the Batman/Fortnite comics ceased to release, but the story will unfold one way or another.

A writer of the Batman/Fortnite comics has confirmed that the story of the comics will continue in the future!

He also hinted that the story won’t be told through comics next time! Maybe they will make animated shorts next? 👀

(Thanks to @marcowrites for telling me about this!)

Leaks have been pouring out on social media about Fortnite’s next big-ticket feature, setting up Season 7 to be one of the most content-filled ones yet. More will be sure to follow the famous Fortnite info sources as time passes leading up to the next patch.