Thus far, Fortnite Season 7 leaks have been accurate when it comes to weapons, new POIs, NPCs and other in-game content. Now, a new string of leaks are here, and while they aren’t significant in nature, they will be of importance as the game progresses.

Perhaps the most intriguing leak is that Epic Games is planning to release a 17.21 patch. Usually, the developers release patches every two weeks, however, according to leakers, there is a valid reason as to why a patch might be dropped sooner than expected. 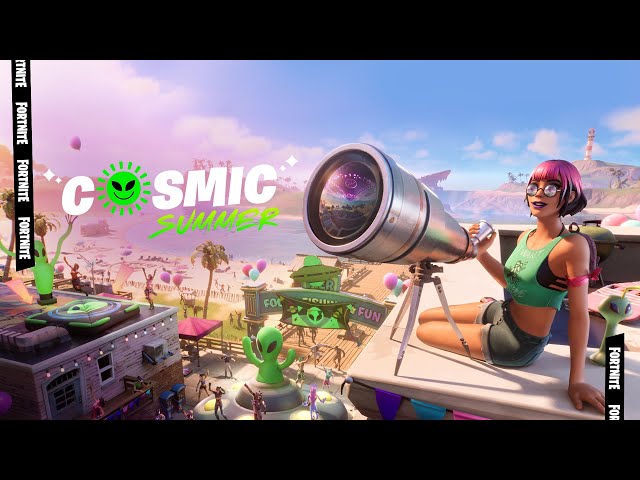 In addition to the early patch, it would seem that Holly Hedges will soon be renamed “Holly Hatchery,” and a few fans have spotted something bizarre in the Cosmic Summer trailer; which has yet again spiked rumors of a certain person being featured in Fortnite.

Here are all of the new Fortnite Season 7 leaks

1) Is Epic Games cooking something?

Based on Fortnite leakers, Dwayne Johnson could be coming to the game soon. Now, while these rumors have been dismissed before, keep in mind that “The Rock” was mentioned in leaked court documents.

Despite earlier leaks suggesting that The Rock and The Foundation were the same people, new evidence suggests Dwayne Johnson may be getting his own skin rather than being introduced as The Foundation in-game.

In the Cosmic Su party trailer, a man with the uncanny appearance of Dwayne Johnson was spotted dancing to his heart’s contempt. While this should be taken with a pinch of salt, it just may be possible that the collaboration will happen this season.

According to the Fortnite Season 7 leaks, Holly Hedges will soon be renamed Holly Hatchery. Given that alien parasites are spawning on the island, it may be possible that as the season progresses, certain POIs will be overrun by the alien presence.

Another string is Land at Holly Hatchery

Epic Games is already removing certain NPCs from the game and replacing them with Kymeras in disguise. Considering this, it can be said that the alien presence on the island is already growing. If this Fortnite leak turns out to be true, then it’s possible Holly Hedges won’t be the only alien hotspot in-game

The very notion that the developers are going to release a 17.21 patch after the 17.20 update suggests that something is going to take place. Some players are under the impression that Epic Games’ employees may be taking a short work break for the summer.

However, given the smooth updates thus far, by all accounts, the Fortnite 17.21 update may just be a standard patch for the game. On the flip side though, nothing is guaranteed with Epic Games, and the developers may just surprise players with something new and exciting.

Also Read: Fortnite Alien Artifacts Week 3 – All 5 artifacts and where to find them

12 Biggest Announcements from the Show