Epic has recently released Fortnite Season 7 along with the v17.00 update. The new alien-themed season has added a lot of new features to the game.

Gamers are having an amazing time exploring the map, interacting with NPCs, and eliminating enemies to march all the way towards Victory Royale.

For the eyes of Hot Saucers members only:

Files gathered on the Alien and IO inventions you can use during the invasion.

(Please ignore if you received this message by mistake.)https://t.co/5nnRK9U2EK

Since the new update was released, gamers have complained of a slow system, poor FPS, and low input settings. This article dives into some changes that gamers can implement on their system for better performance while playing Fortnite.

Fortnite Season 7: Optimising the settings for a better output

Loopers have been asking a lot of questions regarding Rendering Mode in Fortnite. Currently, gamers have a handful of options to choose from. While some prefer playing the game with DirectX 11, others prefer the Performance Mode.

DirectX 11 and 12 are mostly similar and offer similar performances. However, the Performance Mode is better than the two and offers an optimized FPS compared to the other.

It is advisable to use the Performance Mode for Fortnite for better FPS and input delays. 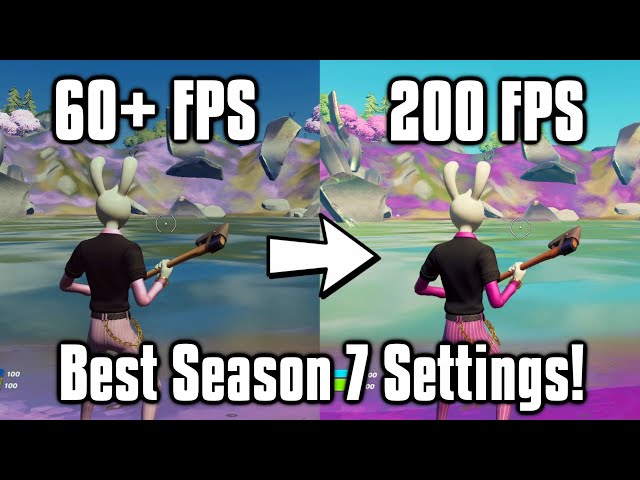 Colorblind Mode is another aspect that has confused gamers for some time. Loopers are eager to learn more about this mode and the best settings that need to be implemented for Fortnite.

Players can opt for no Colorblind mode if they can see the map and the storm easily. However, some loopers might have issues differentiating the storm from the safe zone. This is when the Colorblind mode comes into play.

Gamers should select Protanope Colorblind Mode and adjust its strength between 5 and 7. Gamers will be able to see the difference once the settings have been changed. The greens on the map will be a bit darker in this mode, while the blues will be lighter. The contrast between the two will enhance visibility, and gamers will be able to differentiate between the safe zone and the storm easily.

Aliens have invaded Fortnite! Check out the new Battle Pass trailer to get a look at all the new gear you’ll be able to unlock in Season 7, including Superman and Rick Sanchez. pic.twitter.com/HZdTCL0aJY

The most popular Colorblind Mode is the Tritanope mode. Gamers selecting this mode should adjust its strength to 10 and reduce the brightness to 50%. This will change the graphical settings considerably, and the map will be a lot more vibrant.

Regarding the resolution settings, gamers are advised to select 1920×1080 settings. In terms of Window Mode, it is best to select the fullscreen mode as it gives a better Fortnite Season 7 FPS boost compared to other modes.