Battle Royale games rose to fame in the last two years & it all happened with the gigantic success of the Fortnite & PUBG. It led to the development of many new BR titles including Apex Legends & Warzone.

COD Mobile is available on both the Android & iOS platforms. It is also free-to-play & making it the first ever Call of Duty game to be available for free. Currently, Season 5 is underway & players are desperately waiting for the start of Season 6. It is expected to arrive to players on April 28 in a staged rollout. However, the new season is live now for Korean players. Call of Duty Mobile Season 6 is expected to bring a range of new content for the game & it will be called Journey to the West. According to one of the most prominent COD Mobile leaker & data miner, CODM_Murdablast, the Korean version update is 2.07 GB in size. Some new spray paints are also arriving with new update. New Cowboy inspired skins for Ghost & Serap also making it’s way to the game in Season 6. New weapons which will be coming along with new season includes the following: Type 25, Cordite, RUS -79U. 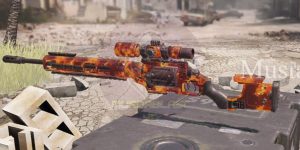 Apart from this, many Call of Duty Mobile players are currently experiencing crashes especially on devices with Android 10. They have taken the route of Reddit to express their concerns & ongoing problems. Have a look at a few complaints down below. The issue has yet to be addressed by officials & developers. Rest assured, we are keeping a close tab on all the developments & will update you with more information or fix whenever it arrives.

PiunikaWeb started as purely an investigative tech journalism website with main focus on ‘breaking’ or ‘exclusive’ news. In no time, our stories got picked up by the likes of Forbes, Foxnews, Gizmodo, TechCrunch, Engadget, The Verge, Macrumors, and many others. Want to know more about us? Head here

Want to work for PiunikaWeb? You’ll be glad to know we’re hiring.