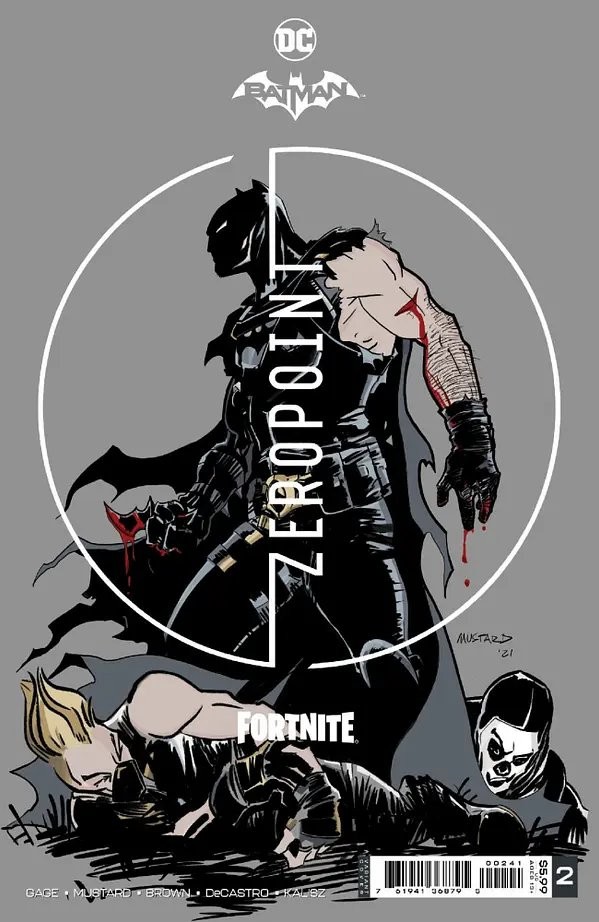 The Dark Knight of Gotham is invaded by a new crossover right on DC Comics‘ issues as “Fortnite” arrives on the print material, which would be joined by “G.I. Joe’s” Snake Eyes along with other notable characters. The crossover is called “Zero Point” and it has been one of the most anticipated story arcs for “Fortnite” fans and the Bat’s readers.

“Fortnite” is not the only one who can invite a party on its platform, but the acclaimed greatest detective in the history of comic books could also be the host to one of the biggest crossovers in today’s generation. The series is a limited-issue print, which would debut “Fortnite” characters as part of the comics, having their backstories and specific moves.

In this version, these characters cannot move freely and as willed by their players via the battle royale game, rather, it is controlled by the creative minds, writers, and designers of the comic crossover event. Epic Games is popular for bringing various characters into the gaming platform, but this is one of the firsts, that it was brought to the comic world.

Popular “Fortnite” leaker iFireMonkey (@iFireMonkey) has unveiled the first look on three of the cover arts for the next crossover of the popular battle royale game that takes an unexpected turn on another platform. Instead of digital gaming one, “Fortnite” is going old-school and goes alongside the Caped Crusader of Gotham City and DC Comics.

Batman/”Fortnite” Zero Point 1 debuts the first look of the characters from the battle royale in the comic art form, and the cover art already reveals the first characters who would be joining the Batman in the story.

This includes Fish Sticks, Brite Bomber (pink-haired girl with goggles), Cuddle Team Leader (pink bear), and Fortnite Raptor (a yellow masked man) dropping from the Battle Bus and wielding weapons alongside Batman. Harley Quinn is also seen in the background, along with Catwoman. There are also other cover arts for this issue.

Here are all of the Comic #1 Cover Art Variants I could find! pic.twitter.com/XAtgoMOxqr

The same character joins, but this time, Fish Sticks is replaced by Meowscles and adds a new character on the top left, which is also skin from the Battle Royale. Here, the description says that Batman has already fought in “Fortnite” but is respawning every 22 minutes, along with Catwoman and others.

Batman faces the cover but is joined by Snake Eyes, attempting to slice the Caped Crusader’s head off, and the description reads that the “G.I. Joe” character and Batman would throw down on each other. Matching up with the ninja assassin from the popular game is one rare event in comic book history, but it is surely one for the books.

Lastly, these issues have no cover arts yet, but iFireMonkey provided us with descriptions of what would happen in the three-remaining issues.

Where To Catch A Weapon At Stack Shack