The Fortnite 16.20 update is set to arrive today. According to a tweet on the official Fortnite Status account, the downtime will begin earlier than usual, and the update will arrive somewhere in between the downtime.

The Fortnite 16.20 update will set the ball in motion for all the major events that might take place on the island.

Here are the early patch notes for the Fortnite 16.20 update, with all the possible changes that may come to the game. 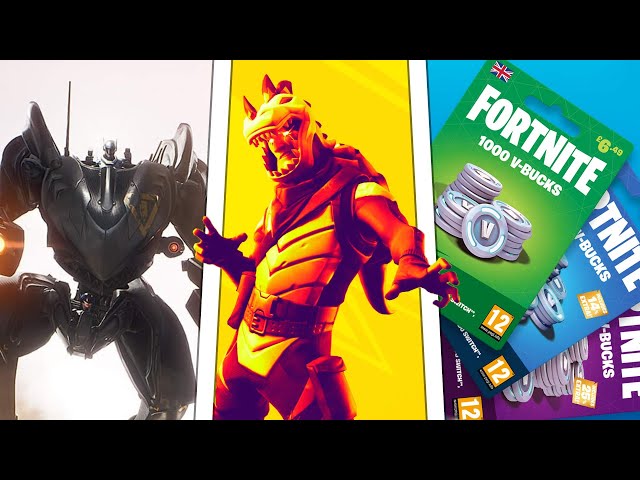 The road is what you make it.

Earlier today, the official Fortnite Status Twitter handle posted a tweet revealing that the Fortnite 16.20 update is set to arrive in a few hours.

“The road is what you make it.”

This probably hints at the fact that vehicles will be getting a huge overhaul after the Fortnite update today.

A subsequent tweet revealed that new upgradeable tires would be coming to the game as well.

🚙 Trick out your ride with new wheels

The tweet added that a special Duos Cup will also arrive with the Fortnite 16.20 update. This could probably be related to bows only.

In the tweet, the developers asked players to sharpen their bow skills, so there’s a chance that the Unstable Bow will also arrive with the update.

New Cars Wheels will be introduced tomorrow along with 50 players matchmaking in creative!

A lot of changes will be made to the creative mode, with a new 50-player matchmaking set to be introduced.

Other than that, popular data miner iFireMonkey tweeted that Sparkplug would be a part of the island after the Fortnite update today. Sparkplug is expected to spawn near Weeping Woods, Hydro 16 and by Lazy Lake.

iFireMonkey went on to post some dialogues of the new NPC as well.

Hope you haven’t crashed another one [When Talking to them as Dummy]
Need a tune-up? Fresh paintjob? What? [First Ever Time Talking to Sparkplug]
One man’s wreck is this girl’s pile of potential. [Default Message]

The first wave of the Batman x Fortnite cosmetics is also expected to arrive with the Fortnite 16.20 update.

With the comics arriving on April 20th, there’s a chance that Epic Games may start rolling the ball with Batman after this update itself.

If the comics are not added to Fortnite with this update, players can at least expect them to be added to the game files.

Update:
✅16.10 – Mar 30
Changes we can expect in future updates:
🕐16.20 – First Batman x FN cosmetics should be added.
🕐16.30 – Neymar cosmetics and challenges added (If the date stated in the tweet above is this update’s release date, then it’s the same as Neymar’s one).

The Unstable Bow will be an exotic and will be sold by Rebirth Raven. How this bow works is still unknown. Players will learn more about the item once it goes live in the game.

Finally, there are a few bugs that are still plaguing the game, so the Fortnite 16.20 update is expected to remove them.

How long will the Fortnite downtime last?

It’s really difficult to say how long the downtime will last for the Fortnite update today.

The downtime usually lasts for 2 hours. However, as indicated by Fortnite in a tweet, the current downtime will last a little longer than the previous ones.

– Downtime will be starting earlier than normal

– This downtime will be of a longer duration than normal

This prolonged downtime can be attributed to the overhaul that the creative mode will receive after the Fortnite update today.