5 Fortnite skins that scare away opponents at first sight

Of the hundreds of skins that Fortnite has released for players to customize, there are a handful that strike fear in opponents. These skins can cause players to turn around and run away to avoid trouble. 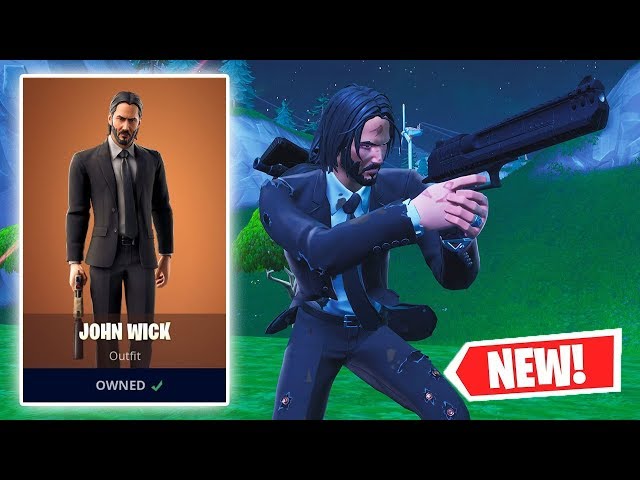 The most intimidating skins in Fortnite speak ‘I mean business and have a bank account to support it.’ Some of these can be unlocked through the Battle Pass at higher tiers and others can be purchased flat out with V-Bucks.

If anyone remotely knows anything about John Wick, they’ll know he’s a grade-A gun totter that puts enemies in the ground for breakfast. Not only that, players had to reach level 100 of the Battle Pass to obtain it, and players carried it as a chip on their shoulder.

Most John Wicks running through Fortnite are master builders and sharpshooters ready to beat down anyone who crosses them. This skin brings the fight to the table and can back it up with its scary appearance.

The Black Knight ranks up there with the John Wick skin as being one of the most feared due to its appearance and reputation. Anything black looks intimidating, especially when mixed with a medieval slayer with red eyes.

It was unlocked by players who achieved level 70 of the Battle Pass during its release, requiring a tough mountain to climb. Black Knights emit a shockwave of seriousness as players battle through the Fortnite map with this skin.

This skin is a living nightmare in the form of a creepy scarecow with a sinister smile. Players who got close enough to witness the horror this skin carries received glowing orange eyes that sent shivers down their spines.

While it has a less reputable legacy than John Wick and Black Knight, Hay Man stands as one of Fortnite’s scariest skins. It only cost 1,500 V-Bucks to unlock as a part of the Straw Stuffed set and continues to scare players away.

The Raven skin is an iconic cosmetic for old school players, meaning those who have it likely have some experience under their belt. Raven wearers are typically highly skilled given the amount of time they’ve played.

On top of that, the skin itself holds a daunting appearance that could warn opponents of a worthy player approaching them. The black hood and feathers carry a lot of weight in the intimidation department.

The Manic skin is a tribute to a popular Fortnite player, SypherPK, who carries the streamer’s history with him. The skin only cost 800 V-Bucks but sent fear through opponents given SypherPK’s dominance in Fortnite.

It looks menacing as well, hosting a combination of dark red and black, two of the most intimidating colors out there. Players who see the manic skin running around the map should stay away from the stigma of SypherPK alone.